Merry Go Round of Life – howl’s moving castle sheet music is a fascinating and beautiful piano music sheet in which I recommend for you to download. This piano music piece is an advance score by Joe Hisaishi and the movie was directed and written by Hayao Miyazaki . And on my last post, I reveal a link to Download Carol of the Bells sheet music in PDF and MP3. 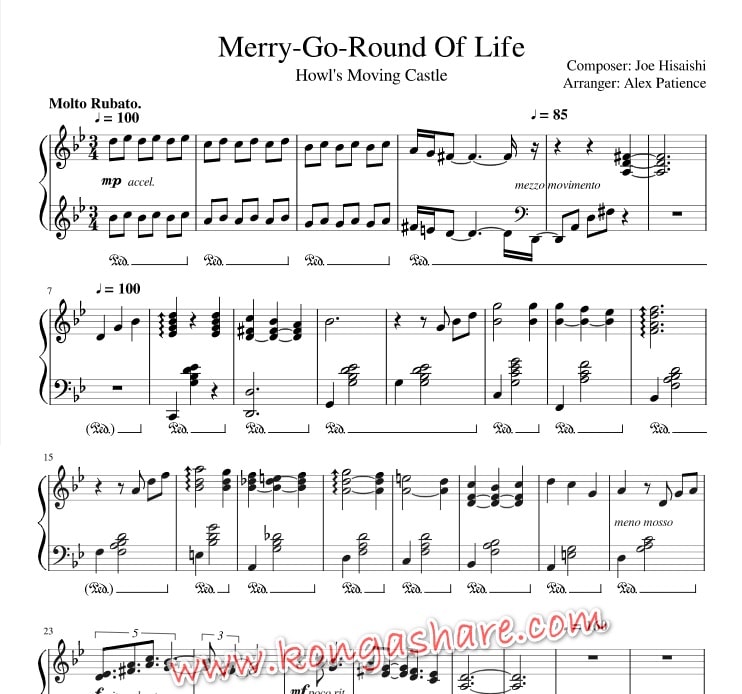 Mamoru Fujisawa, which is popularly known as Joe Hisaishi or (久石 譲 Hisaishi Jō), was born in Nakano, Japan in the year 1950 of December 6th. At the tender age of four, he started to feel the passion in learning how to play the violin in the Violin school Suzuki Shinichi.

When Hisaishi grow young, he was introduced to a movie theatre which affected his current job then and also realized his real passion for music. He now went and schooled in Kunitachi College of Music in the year 1969 which to focus on music composition.

Hisaishi was happy in the first success of his music that scored for amine series in the year 1969, which is called Gyatoruzu. At the same period, he also composed the music for Futari Daka “A full-throttle” and also scored the music, Sasuga no Sarutobi “Academy of Ninja”.

Hisaishi has been known as a musical director for more than 100 movies scores, Japanese composer and also solo music dating since the year 1981.